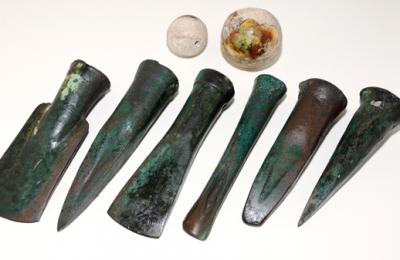 The origins of wushu may be traced back to early man and his struggle for survival in the harsh environment during Bronze Age (3000-1200 BC), or even earlier, a struggle that led to the development of techniques to defend against both wild animals and other human beings. The application of weapons eventually came to form the roots of wushu’s weapon-based techniques, and contests of strength and technique (such as jiaodi, an early Chinese form of wrestling) enhanced the development of barehand combat systems.

From the Shang Dynasty (approx.1556-1046 BC) through Warring States period (481-221 BC) wushu further evolved specialized armed and unarmed combat methods, and sophisticated weapons for warfare began to emerge. During these times, wushu also became popular among the common people as a means of self-defense and health improvement, as well as entertainment; ancient Chinese philosophy famously espoused the culturing of both literary and martial arts (“wen wu”).

Fast-forward to 495 A.D when the Shaolin Temple, long-recognized internationally as a touchstone of certain styles of Chinese wushu, was erected on Song Shan Mountain for the monk Batuo, whose students enjoyed practicing wushu-type exercises in their spare time. Later generations of monks combined chan (Zen) and quan (martial arts) into what is famously known today as Shaolin Quan (Shaolin Wushu). 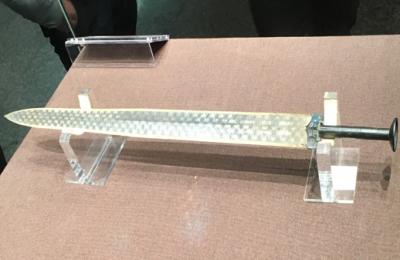 During the later part of the Qing Dynasty (1644 -1911 AD), military “cold” weapons’ use began to diminish as the use of firearms gradually increased among soldiers. Wushu came to be practiced mainly by the common people, and martial techniques and practices started to be combined with theoretical and philosophical ideas popular amongst the common folk, resulting in hundreds of styles like Xingyi Quan, Bagua Zhang and Taiji Quan emerging. While primarily rooted in martial applications, these styles also placed importance on health and moral principles.

In the early 20th century the establishment of organizations like the Shanghai Jing Wu Physical Culture Society paved the way for wushu’s development into the realm of popular sport. Public performances, training, and competitions became common, further promoting wushu’s practice.

In 1923 the Chinese National Wushu Games were held in Shanghai, and in 1936 a Chinese wushu delegation performed a demonstration at the XI Olympic Games held in Berlin. Wushu continued to develop through the Republican Era and after the founding of the People’s Republic of China. Wushu competition formats and rules were implemented, and teaching methods and materials were standardized, and in 1985 the first International Invitational Wushu Tournament was held in Xi’an, China, and the preparatory committee for the International Wushu Federation (IWUF) was formed. On October 3rd, 1990 the IWUF was officially founded.